Hypoxic Ischemic Encephalopathy (HIE) is a type of brain damage that occurs when an infant’s brain doesn’t receive enough oxygen and blood. It is a dangerous condition that requires immediate medical intervention. Neonatal encephalopathy affects 2 to 5 of every 1000 live births and represents a major cause of mortality and long-term morbidity in affected infants. Hypoxic ischemic encephalopathy (HIE) is the major cause of encephalopathy in the neonatal period. Until recently, management of a newborn with encephalopathy has consisted largely of supportive care to restore and maintain cerebral perfusion, provide adequate gas exchange and treat seizure activity. Twenty five percent of neonates with HIE develop severe and permanent neuropsychological sequelae, including mental retardation, cerebral palsy, and epilepsy. Hypoxic-ischemic encephalopathy causes significant morbidity and mortality in neonates. Preventing the secondary reperfusion injury that occurs following a hypoxic-ischemic event is paramount to ensuring the best possible neurologic outcome for the neonate. Induced hypothermia is currently being studied in various institutions as a means of neuroprotection for neonates at risk of severe brain injury following a hypoxic-ischemic event. This article highlights the pathophysiology of hypoxic-ischemic encephalopathy and the rationale behind the effectiveness of induced hypothermia. Nursing care and management of neonates being treated with induced hypothermia are discussed (Long and Brandon, 2007).

Search in Google Scholar for 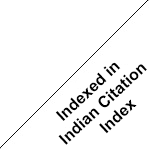 @Journal of Advances in Medicine(JAM)| Printed by New Delhi Publishers

This work is licensed under a Creative Commons Attribution 4.0 International License